Is it true? It is  a good chance since Aniplex has helped them out with all of there Fate series so why not help them with A Tsukihime Remake visual novel? The thing is it isn’t official but fans should keep this in mind as you never know right.

Utilizing the powerful and unique entertainment experience only a visual novel can provide, ANIPLEX.EXE’s goal is to bring the world a novel way to play.

Coming to Steam in 2020 with two brand new titles! pic.twitter.com/hABk1VKwkc

PlayStation 5 Controller Special Feature Controller Will Do The Imputs For You ???

PlayStation 5 has a new rumor. This time it is about the control as according to a new patient rumor it will make playing easier by imputing the command for you.

“The patent doesn’t outright say the technology will be implemented with the PS5 controller, but it’s controller technology, and it’s unclear what else it could do. That said, according to the patent, this new biofeedback would make use of sensors that could be attached to the controller that would measure things like electrodermal activity. Basically, the pitch is the user would be able to bypass certain, rudimentary inputs, because the controller would do it for them via the biofeedback information it has gathered. In turn, this should create for a more immersive experience.”

Now to be clear this is for VR it seems as the patient mentions VR tech so it might be confirming VR in the works. The issue is I don’t like it either way. Basically I play a lot of fighting game and time to time I get miss inputs or nothing at worse because it failed to go through the computer. So the idea of the computer guessing what i want it to do to save me a few steps is a feature that is not very pleasing to me. At the same time We don’t know if this is a thing . Remember this is a rumor not official confirmed. So we will have to wait and see. 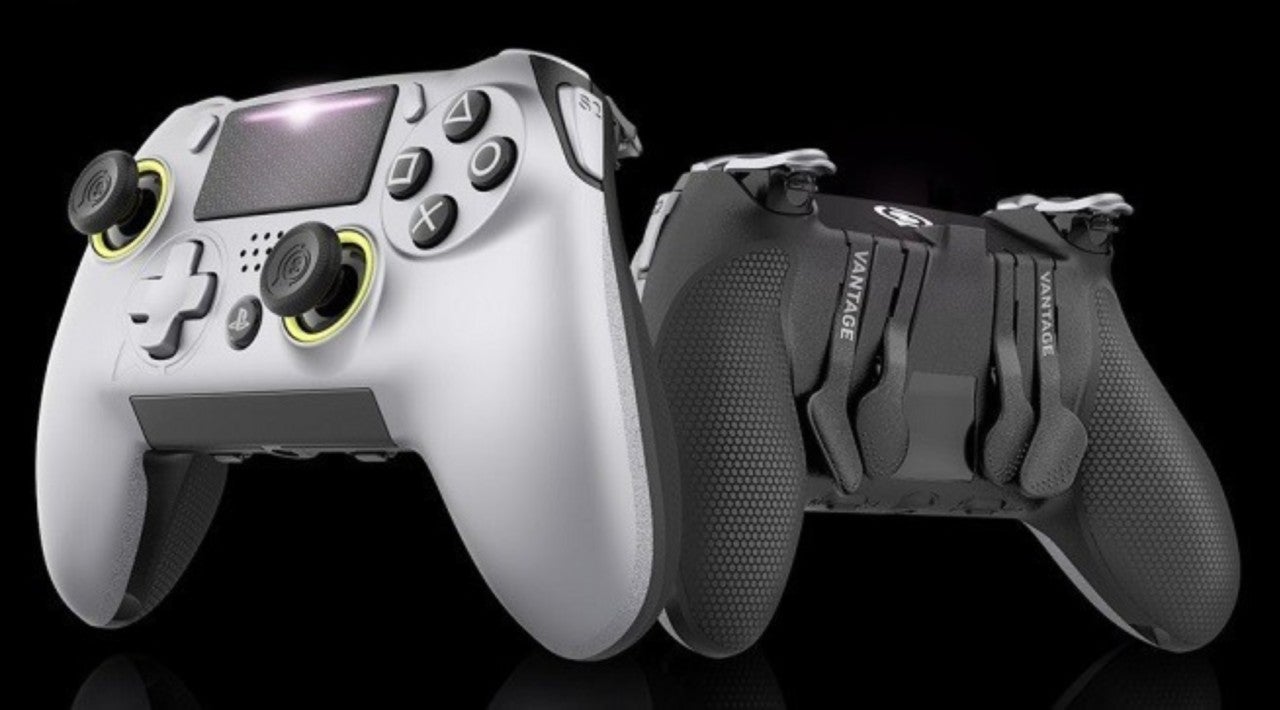 GameStop is having a preorder contest for Final Fantasy VII Remake. What you get and how you play have been explained in a banner you can see at there establishments. You pre-order you get a shinra card. You then use the card to enter a sweepstakes online. Check it out to see what is up. 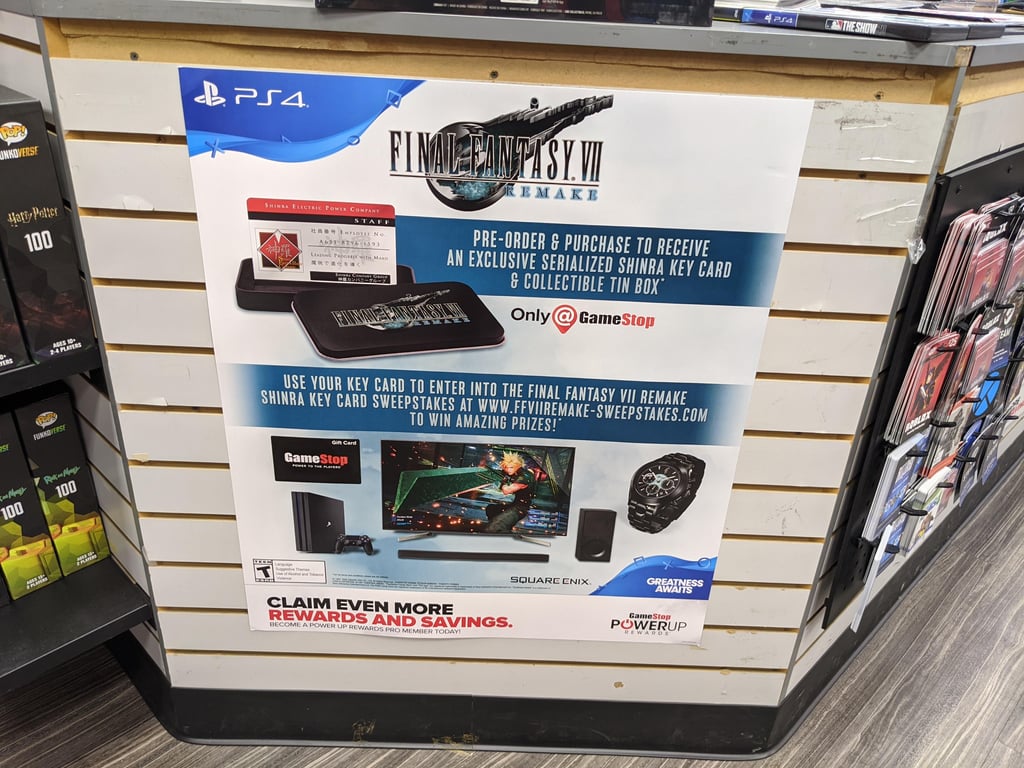 Xbox Series X Will Save You Money Through Upgrades

We learned today of Xbox series X specs as new details about the game were posted. Well the information is still coming out as we learn there will be a money saving feature on the new system. If a new version of a videogame you brought comes out and you have it saved the system will automatically upgrade it.

“”This technology empowers you to buy a game once and know that – whether you are playing it on Xbox One or Xbox Series X – you are getting the right version of that game on whatever Xbox you’re playing on. “We’re making the commitment to use Smart Delivery on all our exclusive Xbox Game Studios titles, including Halo Infinite, ensuring you only have to purchase a title once in order to play the best available version for whichever Xbox console they choose to play on. This technology is available for all developers and publishers, and they can choose to use it for titles that will be release on Xbox One first and come to the Xbox Series X later. Phil spencer

We have a new version of Xenoblade Chronicles coming and it might be coming sooner than later. ESRB have announced there rating for Xenoblade Chronicles Definitive Edition. The rating is T for teen and hopefully the article states we might see a May release on the 29th. We will have to wait and see.

The ESRB has finally rated #XenobladeChronicles Definitive Edition. It was also just rated in South Korea recently, so it seems like development may be wrapping up on the game soon. This is it everyone! just a little longer and we'll get some news. pic.twitter.com/vZCcjfOUkd

The Japanese voice actor for Cloud in Final Fantasy VII Remake Takahio Sakurai has sat down for an interview. Here he spoke about playing the series favorite big sword wielding solider.

“Takahiro Sakurai: “When the original FFVII released, I was a simple fan who played through the game many times, and I never imagined to be involved in the series one day. There are two images of Cloud in my mind. The first one is the image of Cloud I have as a fan, and the other one is my image of Cloud as his voice. And they are completely different. One is about how much I enjoyed the original game, and the other is an objective viewpoint. But both are very important.”

Takahiro Sakurai: “There are many different players who enjoyed the original game and experienced the works of the FFVII series, so we had to keep a lot of subtleties in mind when voicing the Remake. Each scene had me comparing my opinion as to how the scene should be voiced as a fan, and how it should be when considering Cloud’s temperament and feelings. Many thoughts like this intertwined within my mind when voicing the Remake. Thanks to the Sound Director’s guidance, I managed to understand Cloud and meticulously voice his words. We did many retakes and we took our time, paying great attention to every single line… This made me realize once again how incredible this game is, and how this kind of quality is what defines Final Fantasy. Many lines felt refreshing, and there might be lines that will surprise the fans. I often found myself thinking “Cloud says stuff like that too!”. You should definitely look forward to it.”

In the interview, Dengeki Online also asked Takahiro Sakurai what kind of Cloud does he expects to voice in the future:

Takahiro Sakurai: “The first Cloud I voiced was the one in Kingdom Hearts. I couldn’t believe it and was so overwhelmed by the role back then that my acting heavily relied on the directing and instructions I got. Nowadays I think I’m closer to Cloud’s feelings. At the same time, I recently started thinking there are still sides of Cloud even I don’t know. Cloud is a huge existence in my mind, and it feels like I’m always chasing behind him. I hope I can get even a little bit closer to him.”

As a French otaku, English isn’t my first language, so I’ve always been into Japanese dubs and seiyuu, and this interview is quite interesting for multiple reasons. Veteran seiyuu like Takahiro Sakurai are incredibly talented and usually don’t take that much time and retakes to voice something. This means Final Fantasy VII Remake‘s dubbing was really meticulous and intense compared to usual standards. One thing I always think about when remakes, sequels and the like of a popular work happens is how a seiyuu’s performance could get influenced by the image the fans have of the character. Meaning you could end up with a slightly different voice than in the past, which could be disappointing. If you’re also into seiyuu, you should get what I mean, and Takahiro Sakurai’s words are quite reassuring in this aspect. Final Fantasy VII Remake is even more interesting in that aspect as the original game wasn’t voiced, and I’m looking forward to it even more now. I can’t wait to hear the performance of the other seiyuu in the game too.”

Type Moon had Fate/Stay Night 15th anniversary this year. They even had a museum to it. Now the book is out and it covers some interesting things such as interview with Nasu the creator as well as other tid bits. You can see the full list below as we await the release late March 2020.